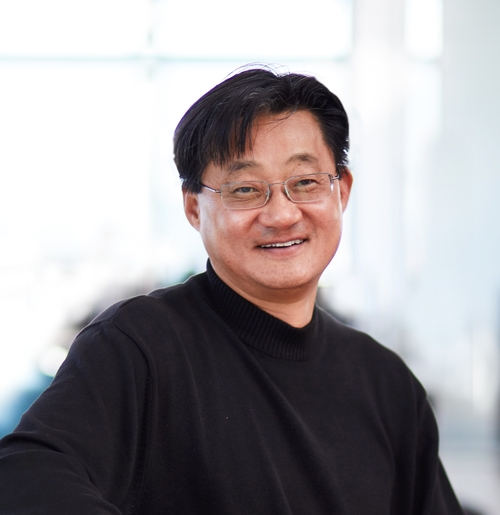 Chan is a nationally recognized design leader with more than 34 years of experience. He has an enthusiastic ambition to leverage creative potential in building types found across the healthcare, educational, institutional, and commercial industries. He nurtures client relationships based on a design belief that each project merits its own eloquent solution, each unique to its own context. Chan’s vision of success is achieved through a comprehensive and thoughtful analysis of his client’s mission, values and goals, the project’s physical constructs, and keen collaboration with all members of the team. 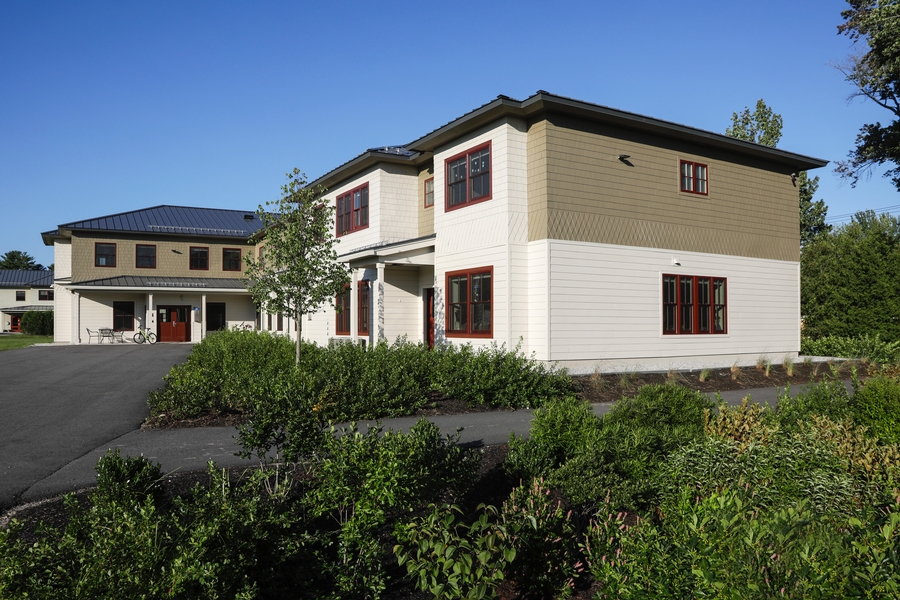 The third dormitory in the expansion of TA's boarding program. 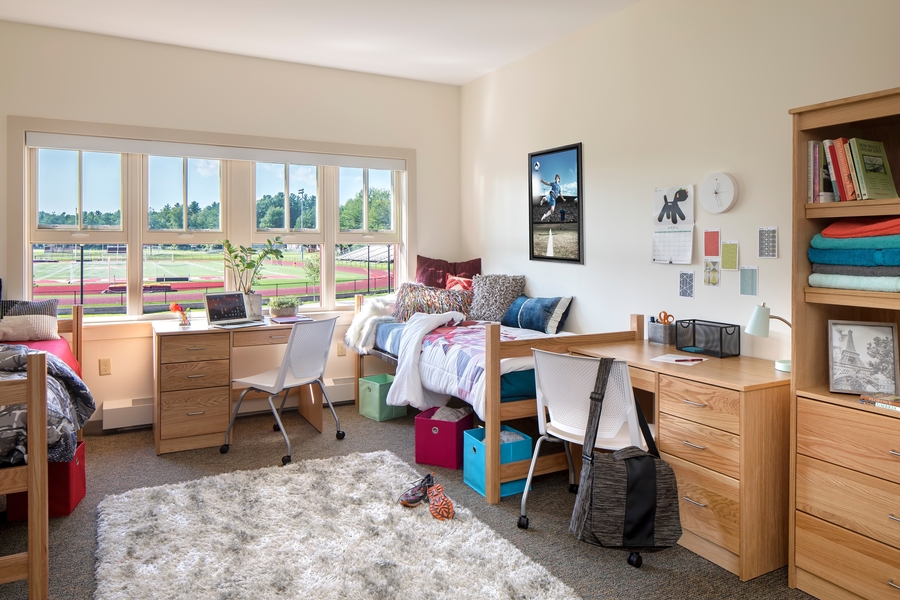 Example of the new dorm rooms. 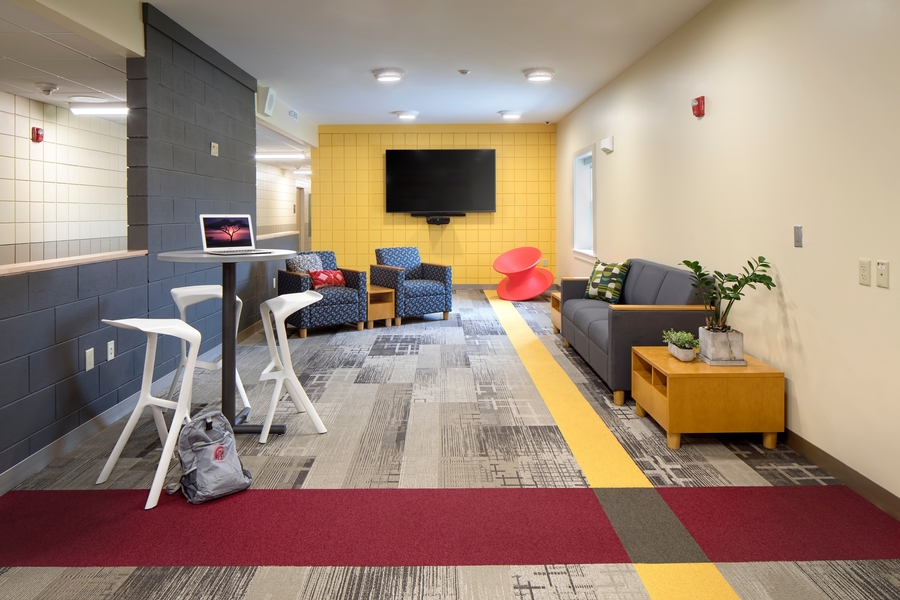 Interior of the dormitory expansion. 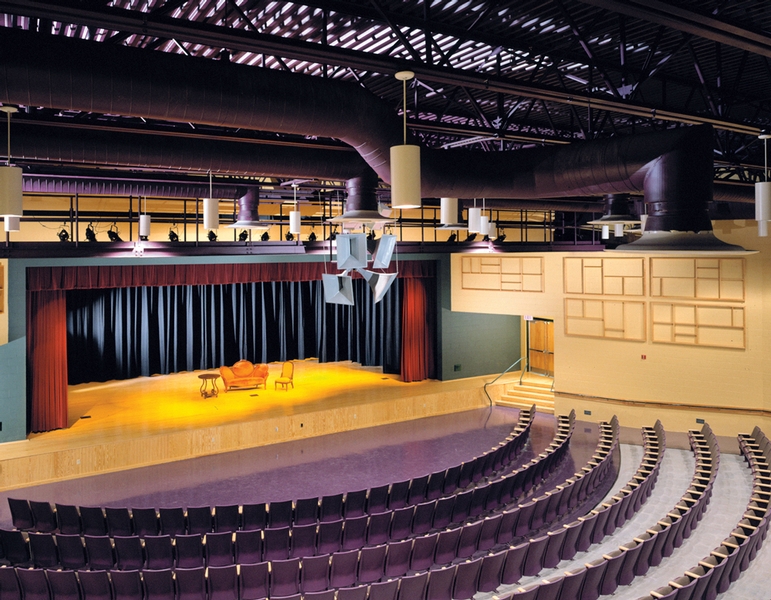 The Thornton auditorium is surrounded with arts and theater spaces that serve as green rooms and scenery prep spaces for performances.

The arts center echoes the historic Thornton architecture in its lines and choice of materials. 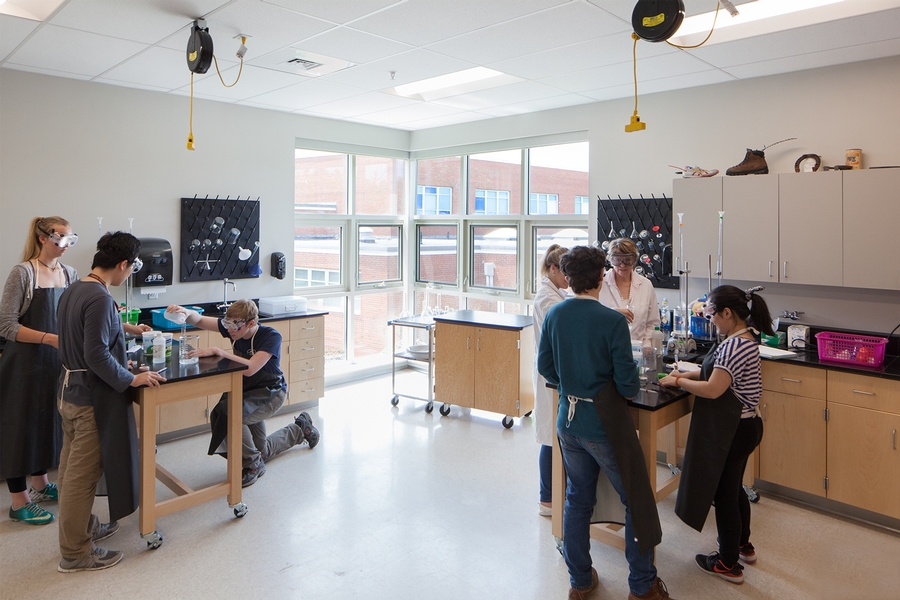 Science classes can change formats from lecture to discussion to lab work in one class period. 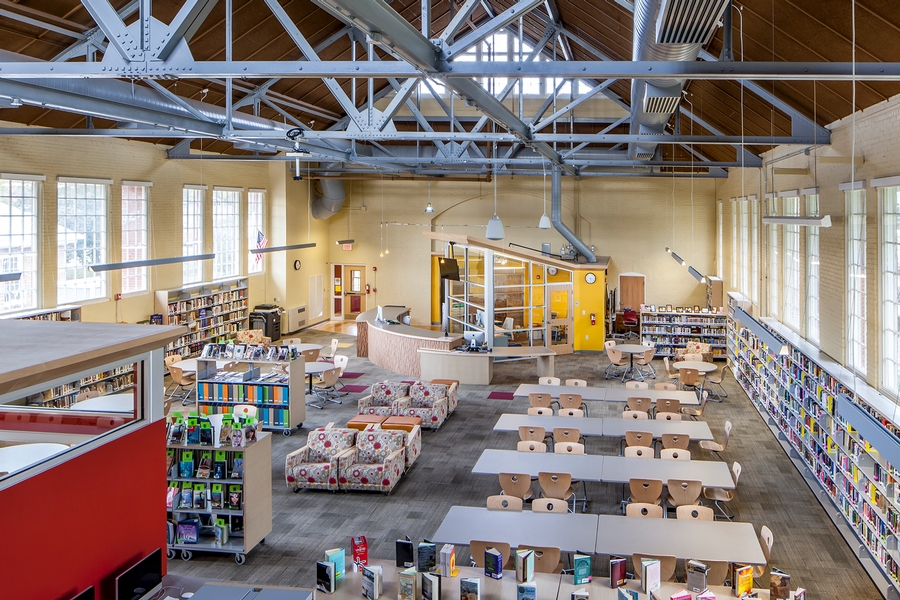 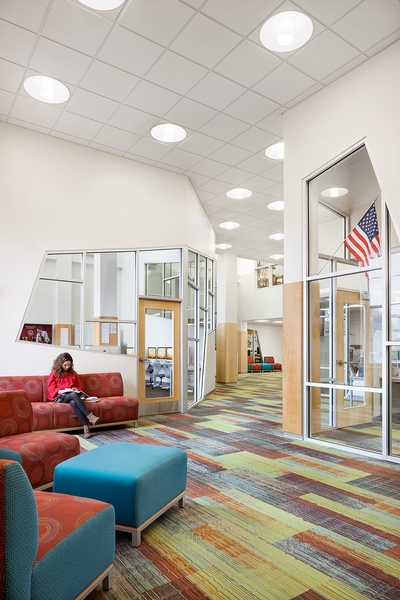 The former school library was renovated for the Arts + New Media Program, with transparent walls and a variety of seating. 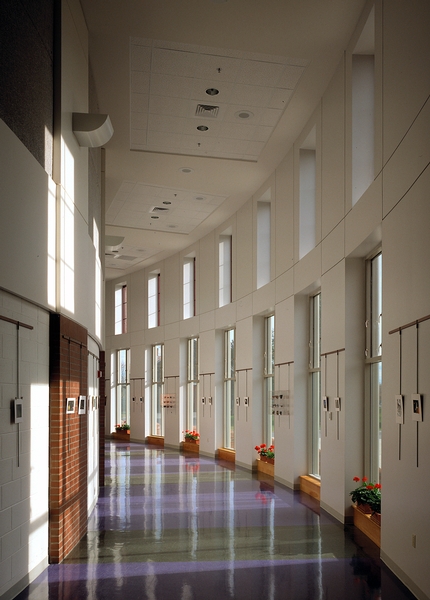 The lobby for the auditorium doubles as an art gallery and gathering space. 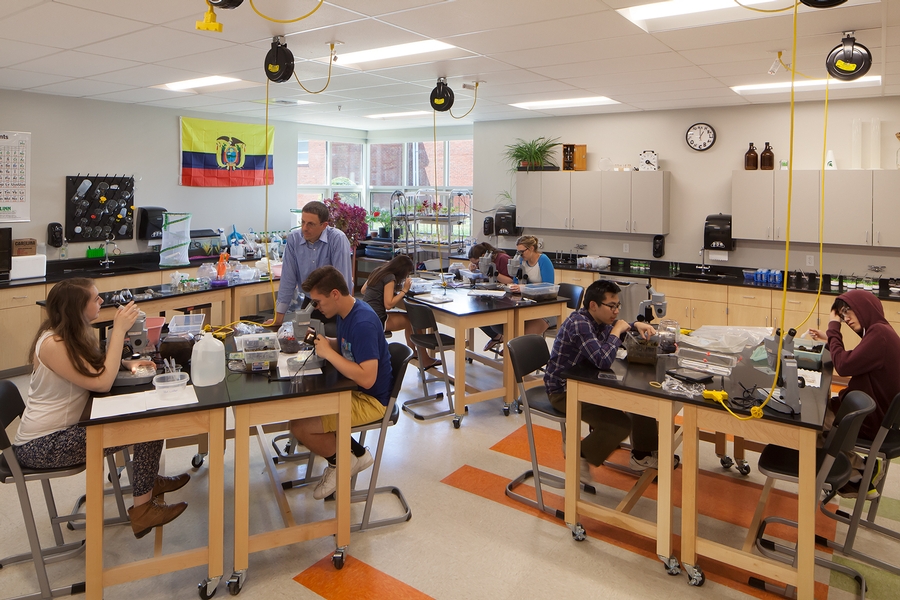 Students can easily rearrange the furniture in these science classrooms depending on the assignment. Power drops from the classroom ceiling enable students to plug in microscopes all over the room. 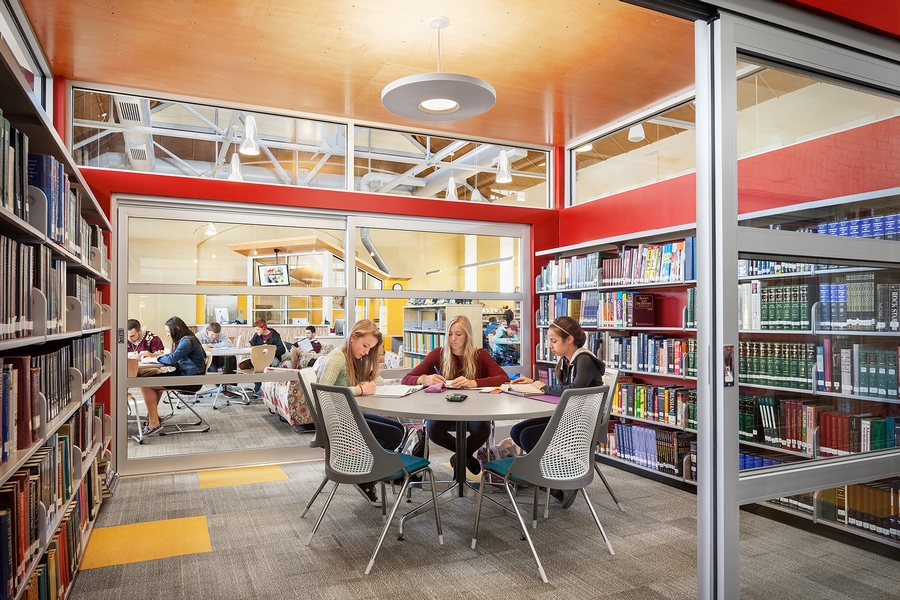 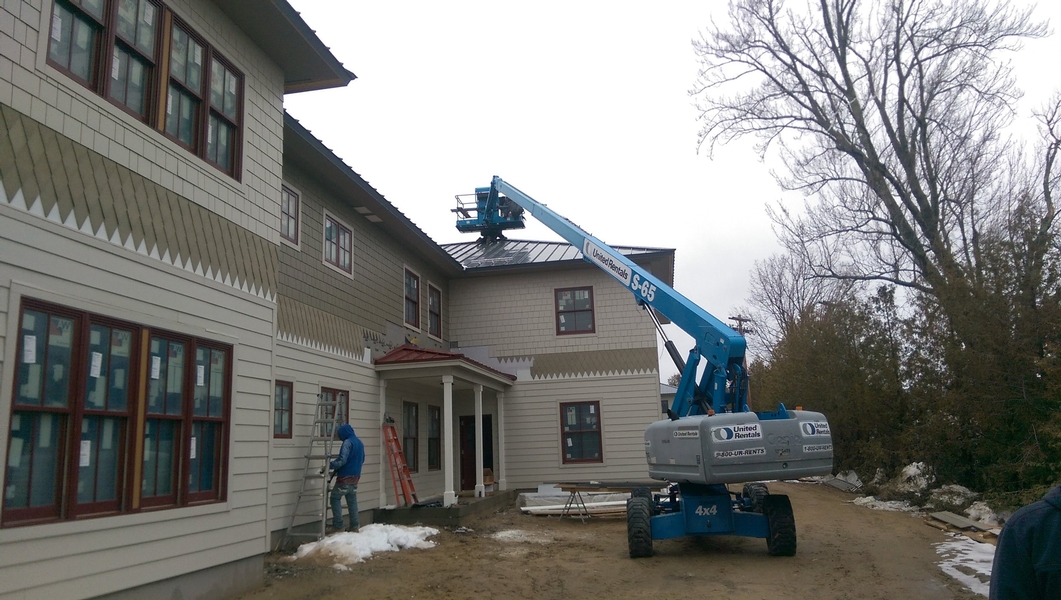 The third dormitory in the expansion of TA's boarding program will be ready for occupants when school opens in 2017.

A private academy that functions as the local high school, Thornton Academy has been strategically increasing its boarding department in order to increase diversity and offer a broader range of courses.

This third dormitory is a 22,700 SF, two-story building that can accommodate 52 students and four dorm parents’ families in separate apartments. Like the previous two dormitories, it is designed in a style reminiscent of the shingle style vernacular. The orientation of the building along Main Street creates a safe, common access point, protecting the privacy of the families and students residing in the dormitory village.

The building has been designed with breaks along the length of the building including changes in wall planes to create residential-scale building blocks and porches at the apartments. Contrasting paint colors and window accent colors along the façade further emphasize the residential massing elements.

In the course of a 90-minute class, AP biology and chemistry classes may rearrange the furnishings several times to move from lecture to small conference to research stations.

CHA’s 2012 Master Plan “found” space for instructional programs that could be reclaimed by moving some functions and renovating others. Chief among the seven small projects were the renovation of the old gym space for the new library, and the renovation of the former library for the Arts + New Media program. This advanced technology space provides the tools for courses such as Music Technology, Game Design Development, Technical Writing in an iPad World, and Video Production.

The arts center, library, and cafeteria project created a new quadrangle on the campus and a new civic-minded façade to Main Street. It added 54,000 sf of much-needed space, connecting three existing campus buildings and assuring barrier-free access to the majority of the campus.

The project features a 500-seat theater with two lobbies: one doubles as an art gallery, and the other doubles as overflow cafeteria space. Extensive teaching and performance spaces for music, drama, dance, and video surround the theater. The project also includes a 2-story media center designed around a central skylight and a cafeteria that can be subdivided into two lecture halls.