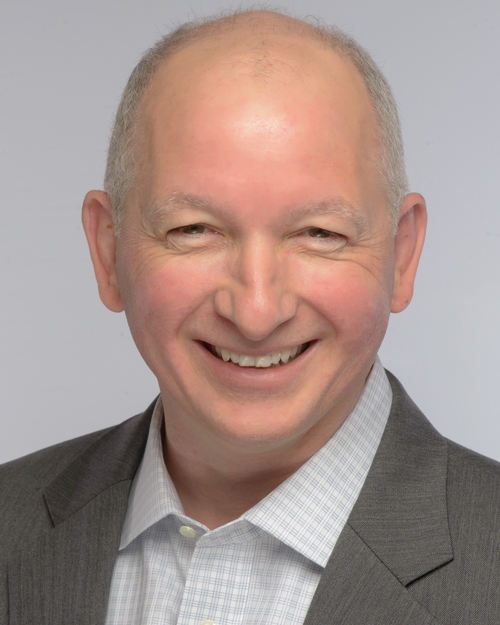 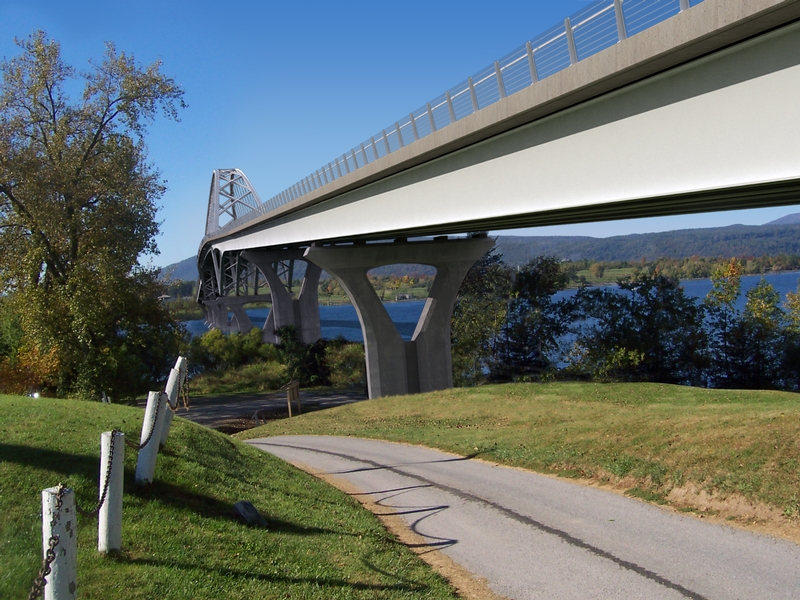 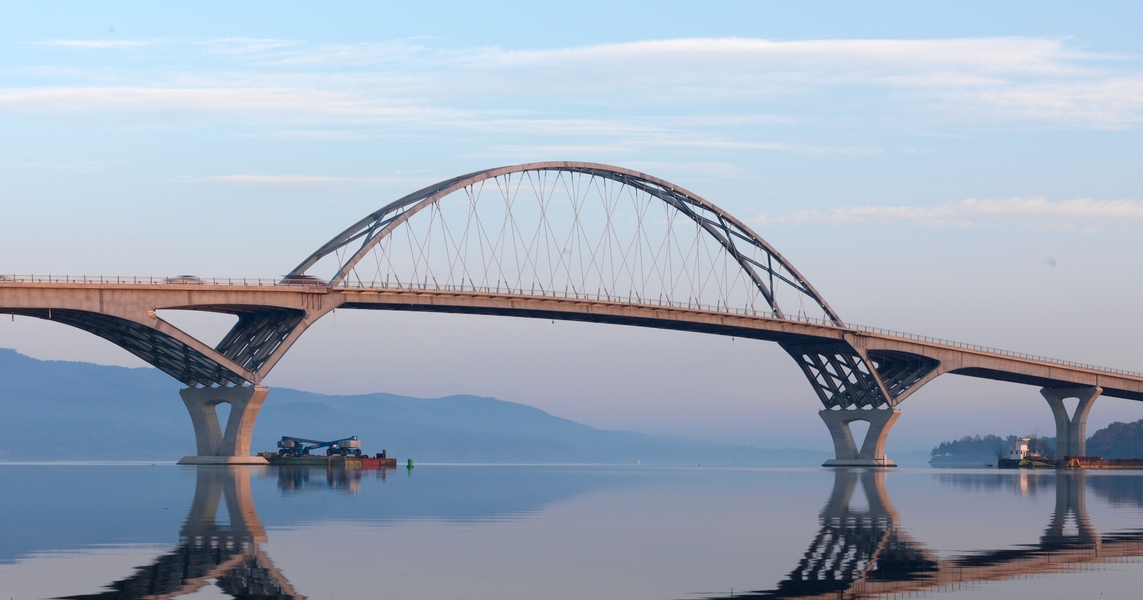 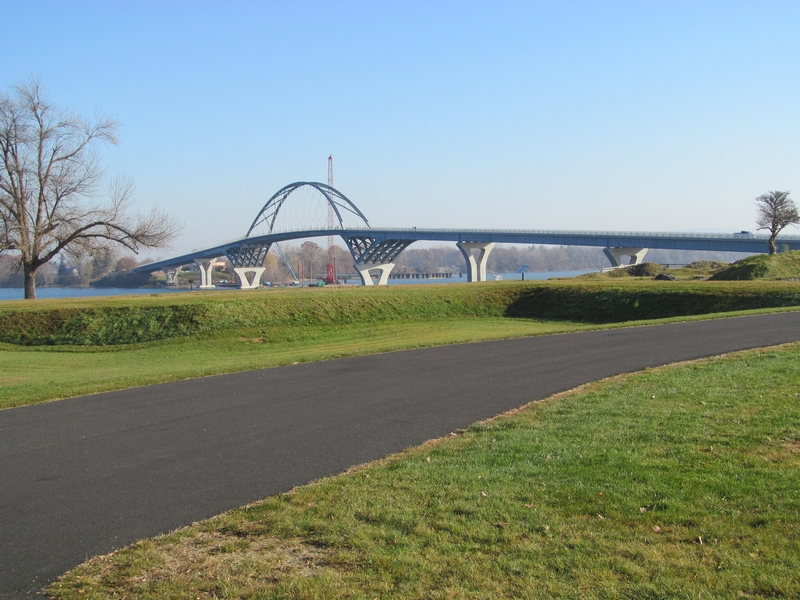 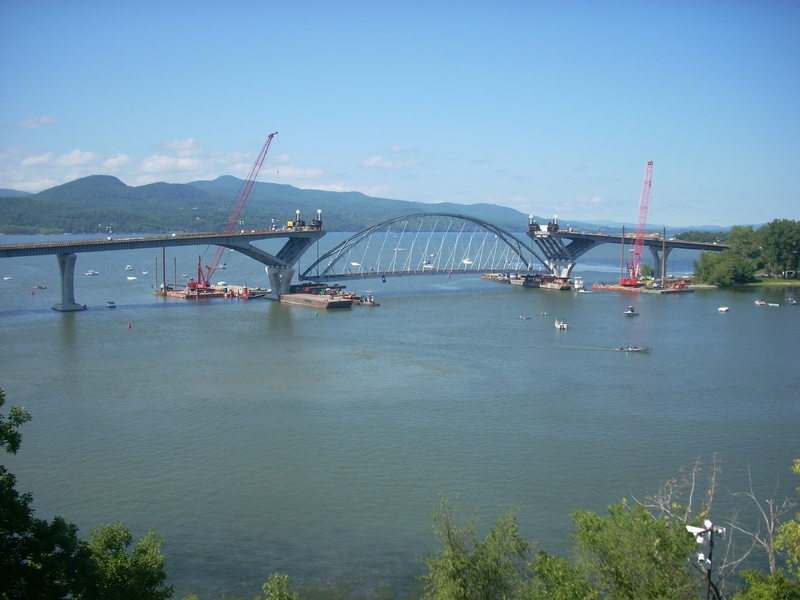 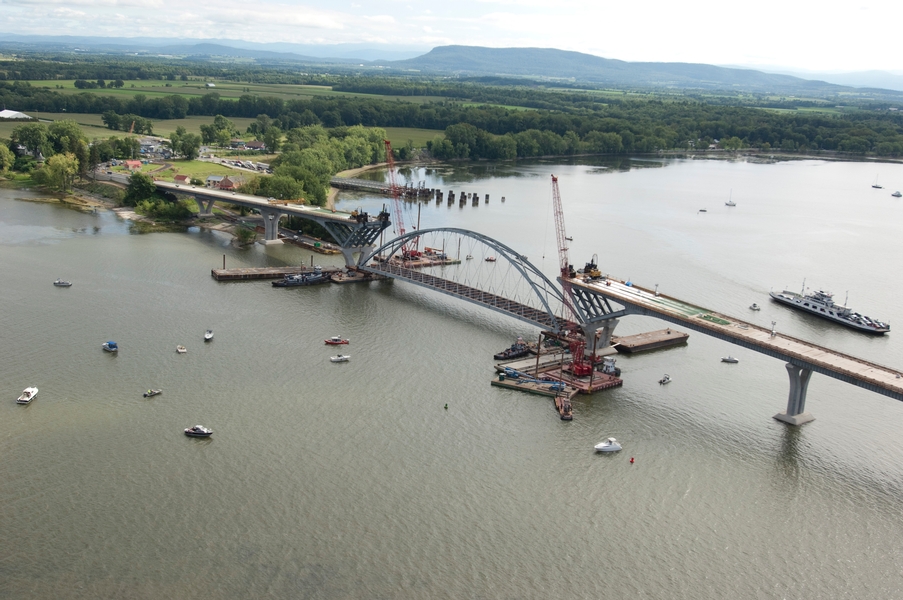 The new Lake Champlain Bridge is a 2,200-foot span using a modified tied arch design that matches the existing lines, profile, and look of the previous bridge. This $70 million project was progressed by both the NYSDOT and VTrans under an agreement between the two states.

CHA assisted HNTB with the design of the national and state award-winning design for the replacement of the Lake Champlain Bridge. CHA's responsibilities included performing an existing boat inventory to determine the appropriate vessel to be used to establish the vertical alignment of the structure; assisted with the preparation of the NEPA documents and environmental permits for both Vermont and New York; designing the horizontal and vertical alignment of the proposed structure; prepared separate site restoration plans for Vermont and New York to facilitate removal of the temporary ferry; and blending the respective approaches back into the archaeologically and historically-sensitive areas on each side of Lake Champlain.

The project was advanced on a fast-track basis with final design and award of a construction contract within six months of the emergency bridge closure in order to eliminate the hardship of a detour of 100 miles for local residents.

NYS Route 7 over I-87 Interchange Reconstruction