Remembering the 2010s: Responsibly Improving the World We Live In 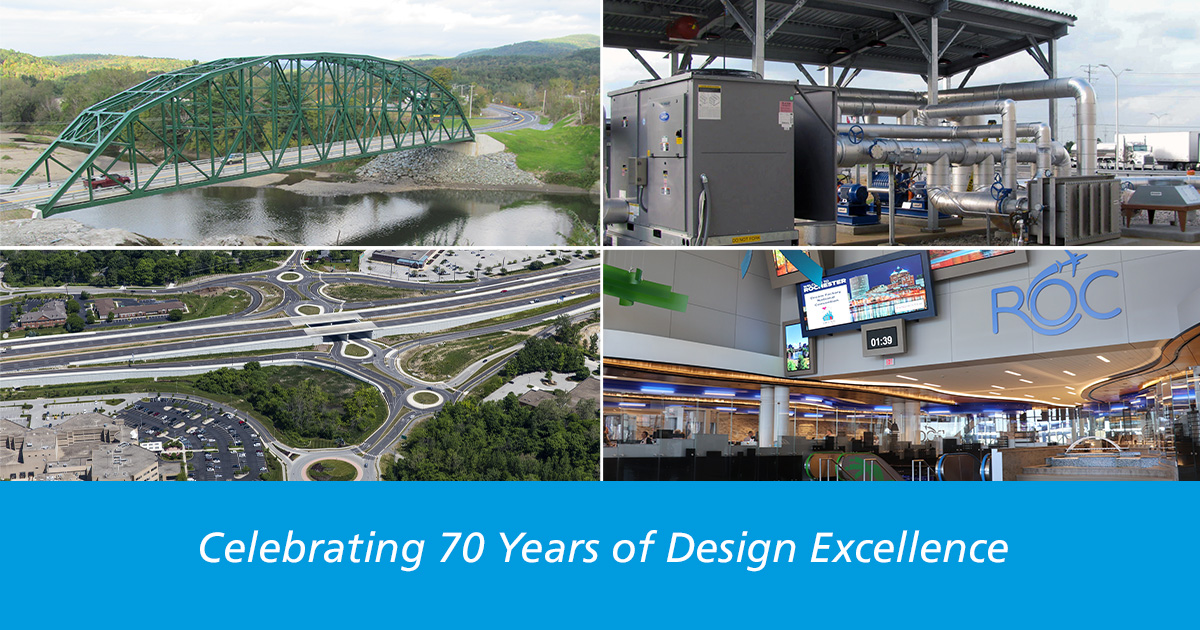 In its early days, CHA cultivated a sensitivity and understanding of true sustainability, an enduring belief that established the foundation for the company’s future. During the 2010s, we refined this longstanding commitment to better the communities where we live and work into a set of guiding principles. At the heart of this was the aspiration to responsibly improve the world we live in.

Over the past decade, a series of strategic acquisitions reinforced the company’s commitment to grow by adding expertise that creates value for its clients. Continuing a trend from the 2000s, the firm actively aligned itself with successful enterprises that shared CHA’s values and vision and enhanced its ability to provide sustainable, integrated solutions to the world’s most challenging infrastructure projects.

2010 saw the rise of the 2,722-foot Burj Khalifa, the tallest building in the world to date, set to a soundtrack featuring Taylor Swift, Katy Perry, Drake, Justin Bieber, and Lady Gaga. Alongside the successes of some of the most prominent names in pop culture, CHA strengthened its presence in the Mid-Atlantic by acquiring Olver, Inc., a well-respected water/wastewater and environmental firm in Virginia and North Carolina.

Royalty—both real and fiction—held the world’s attention in 2011, with the marriage of Prince William to Kate Middleton and the premiere of Game of Thrones. Although not quite the same as a journey into Westeros, CHA would expand its geographic reach into international territory that year. In October, CHA acquired Gryphon International Engineering, Inc., a power and energy engineering firm headquartered in St. Catharines, Ontario, establishing CHA’s first international office. For years, the two companies had worked together under the “CHA Power Team” brand on projects at the University of Massachusetts, Albany Medical Center, Cornell University, and Rensselaer Polytechnic Institute.

Efforts to expand in the Midwest and beyond culminated later in 2012 when CHA acquired Indianapolis-based RW Armstrong, a leading transportation, aviation, and environmental engineering firm. The acquisition created a 1,250-person global firm with total revenues in excess of $220 million, making CHA one of the nation’s 60 largest engineering companies. United by a common strategic vision and a powerhouse of talent, the combined resources and size allowed CHA to seek larger projects while still being innovative and agile enough to deliver exceptional value to clients.

In 2013, while Disney’s Frozen held children’s imaginations everywhere, CHA didn’t have time to build a snowman as it continued reinforcing its commitment to pursue new growth opportunities. Early that year, CHA announced it had acquired Coler & Colantonio, Inc., which was a 180-person firm on Boston's South Shore. Coler & Colantonio added tremendous multi-disciplinary expertise in asset management, land development, highway, water, environmental, and gas design services. The acquisition empowered the firm to offer utilities the tools to efficiently and cost-effectively manage their infrastructure.

Innovative, award-winning projects demonstrated the merits of CHA’s consistent growth in the 2010s. Thanks to its extended geographic reach, inspired team of professionals, and diversified services, the company enjoyed a marked increase in recognition from organizations such as the American Council of Engineering Companies (ACEC), American Public Works Association (APWA), and Engineering News-Record (ENR). All of the company’s teams within its diverse business lines received well-deserved accolades for project excellence over these 10 years. The following is a small sample of the award-winning projects the company completed between 2010 and 2019:

CHA continued to make significant strides in organic growth, acquisition, and talent initiatives in the second half of the decade. In March 2015, CHA named Michael Carroll, PE, its new CEO and President. Mr. Carroll brought with him 22 years of extensive executive experience at global, multi-billion dollar engineering and consulting firms. His goal was to make CHA the best company in the industry, one sought out by clients and employees, while providing exceptional returns to investors and shareholders.

Galaxies far, far away were the topic of discussion in school yards, around water coolers, and on Twitter in 2019. The year backdropped by Baby Yoda and black holes was a monumental one for the company. Over the spring and summer of 2019, CHA added three companies to the fold. In March, Daedalus Projects, Inc., a project and construction management firm based in downtown Boston, Massachusetts, brought the expertise and resources to accelerate the growth of CHA’s project management and construction management business and propel the company further into the metro Boston market.

CHA’s acquisition of Wolverton & Associates, Inc., a full-service transportation and civil engineering firm based in Atlanta, Georgia, brought immediate value to clients in the summer of 2019. Wolverton’s exceptional leadership and talent in the transportation, traffic, land development, land surveying, and power/utility sectors fueled CHA’s growth in these markets within the Southeast region.

Fans cheered in July when the U.S. women’s national soccer team won the 2019 FIFA Women’s World Cup in France, celebrating their second consecutive championship. Across the Atlantic Ocean, CHA celebrated the successful acquisition of JBS Project Management, a project and construction management firm based in New York City. The addition of JBS’s expertise and experience in the commercial facilities, education, and hospitality markets brought combined synergies and great opportunities to grow CHA’s PM/CM business line and better serve the needs of its clients.

By the decade’s end, CHA had grown substantially and risen as a market leader. The company was ranked the 56th largest firm on ENR’s 2019 list of the Top 500 Design Firms. With a total of nine successful acquisitions over 10 years and the largest backlog in the company’s history, CHA entered 2020 poised for continued growth and success.