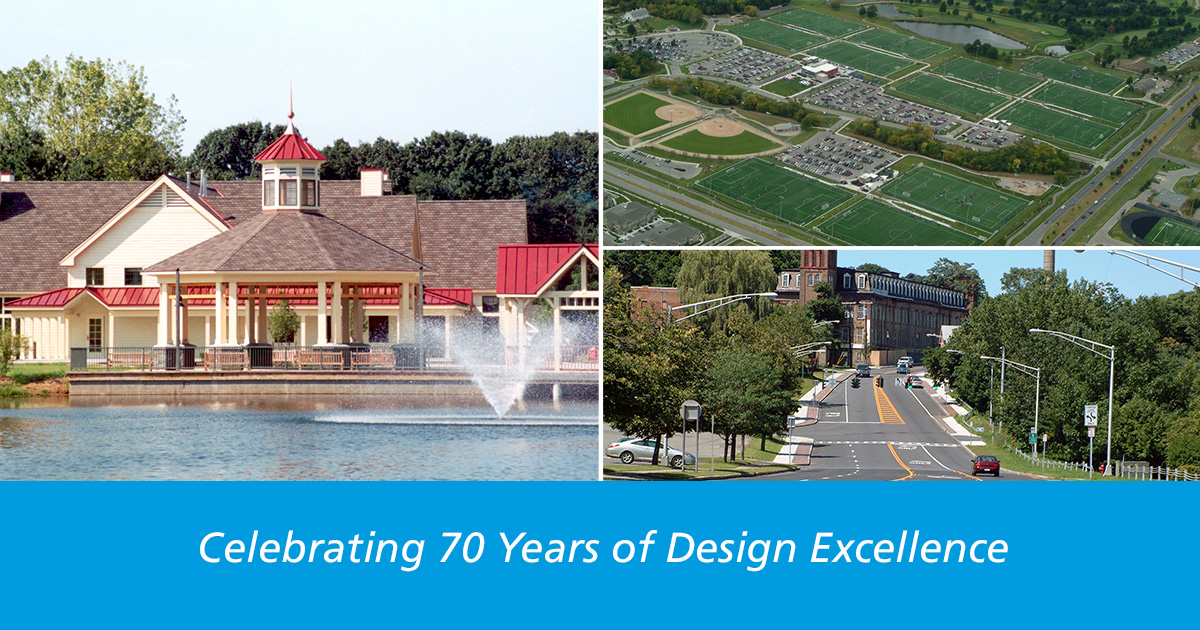 At midnight on January 1, 2000, the world celebrated as many collectively held their breath to see if the change from 1999 to 2000 would paralyze our digital infrastructure. Thus began the decade that ushered in the new millennium and saw many world-changing events and breakthroughs connecting humanity on a never-before-seen global scale.

In the summer of 2000, “reality” television hooked audiences. Viewers tuned in each week to see who would be evicted on “Big Brother” or which castaway would be voted off the island in the year’s most popular show, “Survivor.” The universally acclaimed Sydney 2000 Summer Olympics captivated audiences from September to October. Meanwhile, kids searched far and wide, Game Boy in hand, to catch ‘em all in the latest video game installments within the powerhouse Pokémon media franchise.

Clough Harbour & Associates LLP (CHA) underwent its own evolution early in the decade. On August 7, 2000, CHA announced it had acquired Southern Engineering Company, one of the oldest privately owned electric utility consultants in the United States, creating a national multi-discipline engineering company with revenues of approximately $65 million and over 700 employees. This combined presence strengthened the full range of services CHA could now provide in Atlanta and surrounding regions.

At CHA, we had begun another transition. Early in 2001, CHA embarked on a new adventure alongside movie-goers’ journeys into fantastical worlds, both humorous and epic, with the theatrical releases of “Shrek,” “The Lord of the Rings: The Fellowship of the Ring,” and “Harry Potter and the Sorcerer’s Stone.” After 20 years in the position, William A. Harbour, PE, announced he would be stepping down as CEO. His successor, Raymond J. Kinley, Jr., joined CHA in 1979 as the Director of Project Development, a position that gave him the opportunity to work with outstanding clients and very qualified staff, all of whom had teamed to make CHA one of the most successful engineering firms in the country.

It’s difficult to recognize the decade that heralded in the new millennium without remembering the horrific events of September 11, 2001. Each of us remembers where we were, who we were with, and what we were doing when the events of the day rolled out across our TV screens. The September 11 attacks profoundly reshaped our world, and the lasting consequences of that day continue to influence American society, our industry, our home state of New York, and the world at large. More than two decades later, the legacy of that day endures and continues to inform our work and worldview.

In 2002 CHA marked its 50th anniversary of providing engineering services to communities and businesses. Despite the turbulent times, it was a period of exceptional growth. Like Kelly Clarkson, who won the first American Idol Contest in 2002, CHA celebrated that year with a significant achievement. In its April 16, 2002, issue, Engineering News-Record (ENR) Magazine ranked CHA as the 117th largest design firm in the United States based on gross revenue from design services performed in 2001. CHA had risen almost 100 places in ENR’s rankings since being ranked 215th in 1991.

We could share on LinkedIn and Myspace in October 2003 that the Business Review, Albany’s weekly business newspaper, selected CHA as a Top 10 Best Place to Work in the Capital District. Two years later, CHA was named among CE News’ Top 10 Best Large Civil Engineering Firms To Work For in their October 2005 issue. It would not be until a year later, in 2006, when this could be posted as a Facebook status.

2008 packed American lunchboxes with super fruits, whole grains, and probiotics. Along with all things super, CHA was named 83rd on the nation’s 200 fastest growing A/E/P & Environmental Consulting firms by ZweigWhite, a management consulting firm serving the design and construction industry. “The kind of growth it takes to be on The Zweig Letter Hot Firm List doesn’t come by accident,” stated a press release issued by the consulting firm. “It takes desire, a plan, and plenty of hard work.” A year later, CHA would climb dramatically up 46 spots to rank 37th on the 2009 Hot Firms List.

By 2009, CHA operated 25 offices in 14 states, and its consolidated revenue had grown 21 percent during the past 12 months, nearly double the national average. In ENR’s 2009 ranking, CHA was rated the 83rd largest design firm in the United States based on 2008 revenue, which was in excess of $148 million. The firm was also named among ENR’s Top US design firms serving the manufacturing sector, ranking 12th.

As the decade came to a close, the company would expand its presence in the Mid-Atlantic by acquiring Olver, Inc., a well-respected environmental firm in Virginia and North Carolina. CHA’s successful expansions in the 2000s, which allowed the firm to provide a broader range of engineering and planning services over a greater geographic area, laid the foundation for continued growth in the coming years.