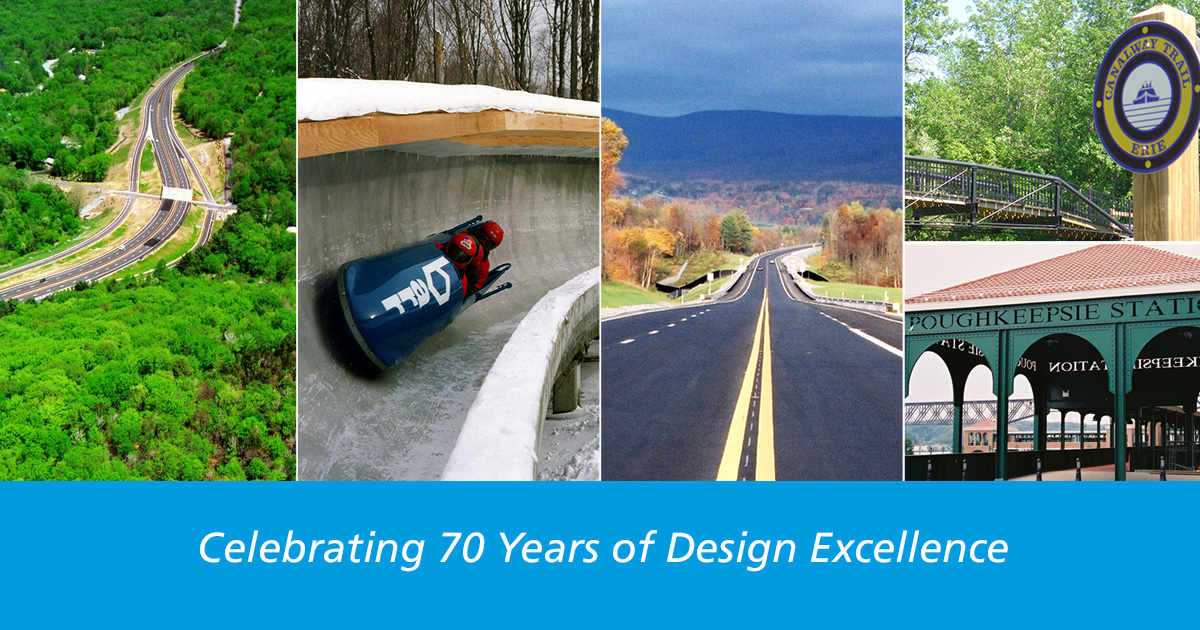 In the early 1990s, dial-up internet beeped, hissed, and crackled into households and offices nationwide, connecting Americans to the world wide web at 56 kbit/s. Email arrived at CHA along with the rest of the world, rapidly changing how we engaged with clients and coworkers. Three years into the decade, a December 1993 note to staff was entitled “What Is EMAIL and How Do I Use It?” Each CHA employee was given access to email, with the ability to save up to 10 messages each.

Vocabularies expanded during this cyber decade with words like “website,” “homepage,” “spam,” “blog,” and “webinar.” CHA’s workforce grew, as did the dictionary. The company entered the ‘90s with about 200 employees between a central office in Albany, New York, and a “regional” office in Rocky Hill, Connecticut. As client demand grew and project work increased, partly due to changes to the Clean Water Act, Clean Air Act, and OSHA, CHA opened office after office across the northeast, creating a strategic network of “branch offices.” First in 1992, with a second regional office in Syracuse, New York, CHA expanded its footprint with offices in Keene, NH; Rochester, NY; Buffalo, NY; Philadelphia, PA; Greenfield, MA; Burlington, VT; Lake Placid, NY; Portland, ME; Hartford, CT; Manchester Center, VT; Kingston, PA; Malvern, PA; Parsippany, NJ; Atlanta, GA; Richmond, VA; and Columbus, OH. By 1996, CHA had 400 employees ready to dance the Macarena—and was growing at a yearly rate of about 30%.

Fueled by the office expansion, CHA’s signature office culture began to shine, as did its trademark community volunteerism and engagement. During the ‘90s, Chief Engineers introduced several new initiatives to place quality at the forefront of all CHA projects, including “Quality Comes First” as a primary aspiration and the launch of Quality Improvement Teams and Quality Town Halls. Monthly Community Reinvestment Programs in offices brought staff together for community engagement, and charity volunteerism grew. Early partnerships included the American Cancer Society, Capital District Food Pantry, United Way, and Toys for Tots—all of which CHA continues to support over 30 years later.

Record client retention and a broadening client base were hallmarks in the ‘90s. In a 1997 client feedback survey, 90% of clients surveyed said “yes” that they would hire CHA again. CHA also continued to increase its client base. Of the 1,356 new projects obtained between January 1997 and June 1998, 433 of them (32%) were with new clients.

Projects like the Sloatsburg Travel Plaza on the NYS Thruway in 1992, which broke records as the largest travel plaza in the country at 32,000 square feet, demonstrate a burgeoning project portfolio. Aviation was a critical strategic player, and in late 1993, CHA’s aviation group expanded beyond its single client, Albany County Airport, to take on clients in Vermont; Buffalo, NY; Lake Erie; and Long Island, NY. Other notable projects of the decade included the Champlain/Erie Canal System, the Taconic State Parkway, the Bennington Bypass, and a new Combined Bobsled/Luge Facility at the Mt. Van Hoevenburg Recreation Area, an Olympic training facility and site of the 1980 Olympics, on which CHA provided all engineering services and design as the sole consultant in 1995.

Branch office expansion plans by 1994 began to eye the Midwest and Southeast, and a June 1994 staff newsletter article detailed CHA’s burgeoning interest in expanding its client base into Canada. Alongside the world’s introduction to the wizarding world of Harry Potter in 1997, CHA began a major initiative to grow in the Southeast, obtaining a contract to provide program management services for Sprint’s personal communications services (PCS) wireless network in Georgia.

The company began receiving greater recognition nationally the same year Michael Jordan and the Chicago Bulls won the first of six titles in the 1990s. In 1991, CHA appeared at #213 in ENR’s top 500 design firms in the nation and remained the top firm in the Capital District Business Review (New York). By 1995, as moviegoers entered the gates of Jurassic Park, CHA was ranked at #186 on the national ENR list. Since then, we have soared through the ranks. Today, CHA is ranked #61.

CHA’s rapid growth in the 1990s reemphasized the need to hire highly talented and experienced individuals. CHA takes pride in being a leading employer in the AEC industry and continues to seek out top talent within a competitive hiring environment. View our latest job openings.