Remembering the 1950s: The Decade CHA Is Founded 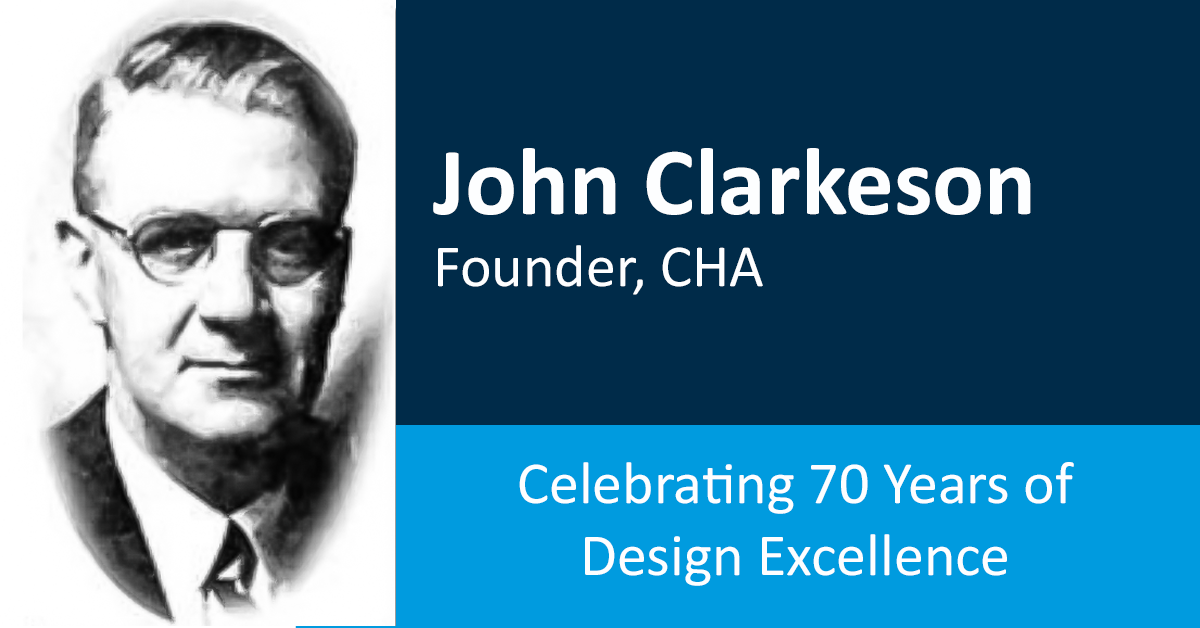 The economic prosperity experienced in the United States during the post-war era of the 1950s dramatically shaped the world we live in today. This golden age, when a loaf of bread cost 14 cents and a gallon of gas was 23 cents, introduced Americans to rock ‘n roll, color television, transistor radios, and the engineering consulting firm that would become CHA.

In response to this legislation, John Clarkeson would establish Clarkeson Engineering Co. in Boston, Massachusetts, to work on the greatest public works project in history, the interstate. Clarkeson, a former Bureau of Public Roads administrator, the organization that would effectively become the Federal Highway Administration, had written the 3rd Edition of the Highway Design and Construction manual in 1950 while working in Albany, New York.

In 1952, as the Today Show was debuting on NBC, Clarkeson Engineering Co. set forth planning and designing roadways for the interstate from Boston. Some of the firm’s earliest major projects were work on the Massachusetts Turnpike and Southeast Expressway. Three years later, in 1955, while new laws were put in place requiring seatbelts in new cars, Clarkeson would return to Albany, New York, changing the name of the firm to John Clarkeson Consulting Engineers. In 1957, the firm completed a major section of Interstate 90, setting the stage for its transportation work well into the 1960s. CHA continues to work extensively on highways throughout the country today.