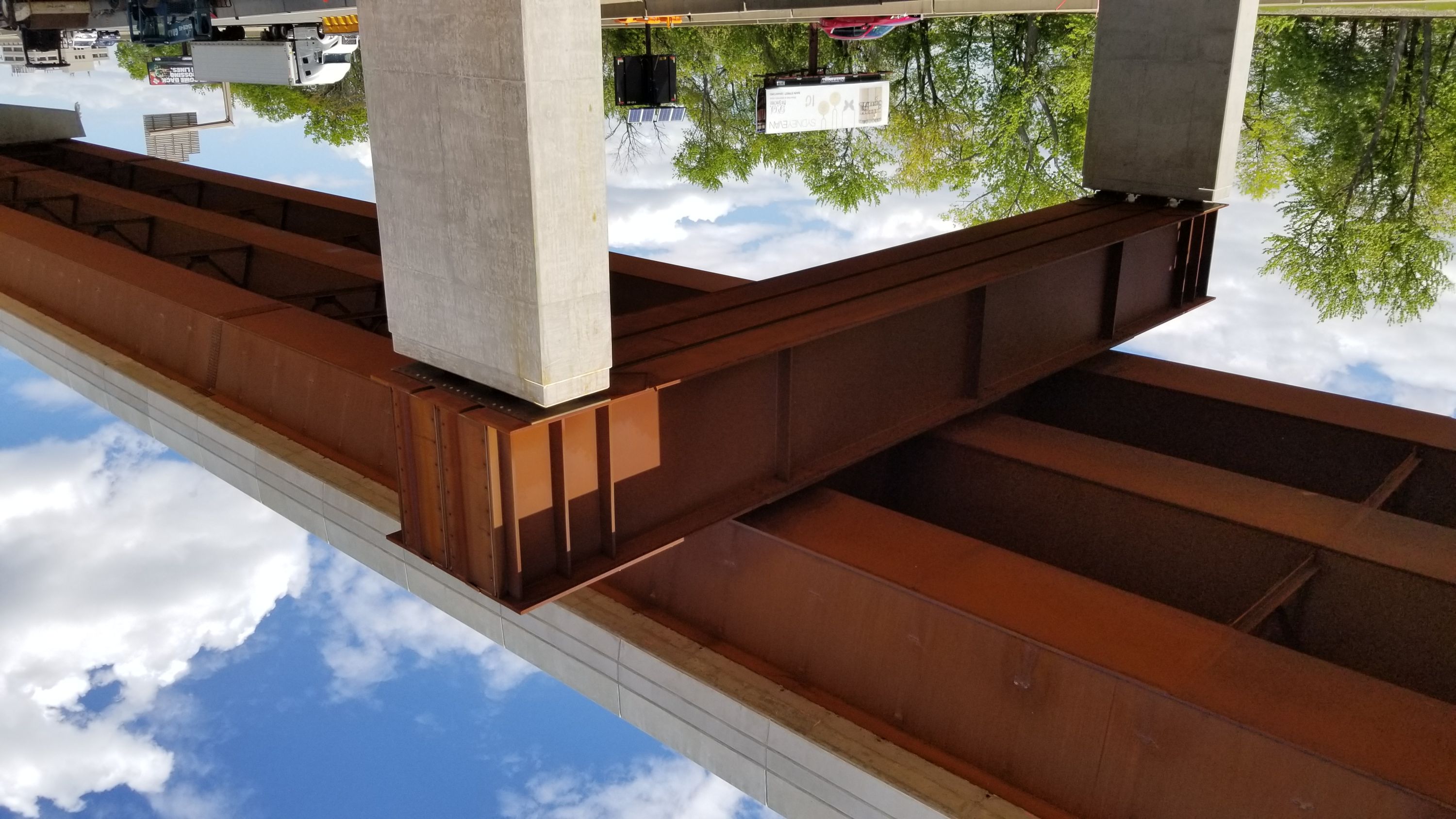 CHA Consulting, Inc. (CHA) is excited to announce that it is the recipient of the 2022 National Steel Bridge Alliance (NSBA) Prize Bridge Award in the Medium Span Bridge category. The award recognizes CHA’s innovative design of the straddle bent on the new approach ramp bridge on the west end of the Charter Oak Bridge in Connecticut. The CHA team used ingenuity to address a significant design challenge, representing a milestone change in how the industry can build more safe and cost-effective bridges.

Originally constructed in 1940, the Charter Oak Bridge is a major steel bridge crossing the Connecticut River connecting the City of Hartford downtown with the Town of East Hartford. Often referred to as “the congestion buster,” the three-year, $240 million Charter Oak Bridge project combined two major projects that involved three heavily traveled roadways and 22 bridges. The route serves as a major connector between I-91, I-84, and Route 2 in East Hartford.

With over 44,000 vehicles traveling northbound daily, the project required significant modification to seven corridor bridges, including widening the first five spans of the Charter Oak Bridge and the reconfiguration of several interchanges. The centerpiece of this project was the innovative reconstruction of Exit 29, where I-91 northbound connects to Route 5/15 northbound. The original right-hand single-lane ramp was a source of significant congestion that led to daily back-ups, accidents, and delays. The new interchange configuration includes a left-hand high-speed, two-lane diverging ramp connecting I-91 northbound to Route 5/15 northbound. The configuration of the new ramp led to many challenges associated with crossing the two roadways at a very flat intersecting angle, which often requires the use of a straddle bent structure that can span over the lower roadway.

Steel straddle bents have always been considered “fracture critical,” meaning that fracture of the girder might result in the collapse of the entire bridge. The national bridge design specifications allows the use of fracture critical sections, but national bridge inspection standards mandate more frequent and costly inspections to ensure public safety. The CHA team developed a unique solution to this problem involving an innovative design of the straddle bent using the “Load Path Redundant Member” (LPRM) approach. This was accomplished by converting a typical single-cell box girder section into a triple I-girder member. The triple I-girder configuration provides adequate load path redundancy, eliminating the fracture-critical designation and the special long-term inspection requirements. An added benefit is that the design is less expensive to build due to the simplicity of the detailing. The fabricator for the bridge indicated that the fabrication costs are approximately 50% less than an equivalent box girder section. The benefits of this design are substantial, with improved safety, reduced construction costs, and reduced long-term maintenance costs.

The Prize Bridge Awards celebrate successful structural steel bridge projects for creativity, innovation, economics, aesthetics, and teamwork. CHA’s new approach ramp bridge will be recognized at the 2022 World Steel Bridge Symposium held from March 23th to March 25th in Denver, Colorado. As one of seven award winners across all categories, the project is eligible to be selected as one of three finalists for the inaugural Bridge of the Year competition, the winner of which will be announced at the end of the conference.

For more information about the Prize Bridge Awards, please visit https://www.aisc.org/nsba/prize-bridge-awards. To view the announcement about the award winners, visit aisc.org/pressreleases/press-releases/aiscnsba-names-eight-prize-bridge-winners/

The National Steel Bridge Alliance (NSBA), a division of the American Institute of Steel Construction (AISC), is a national, not-for-profit organization dedicated to the advancement of steel bridge design and construction. The NSBA functions as the voice of the bridge fabricators and steel mills while also partnering with the bridge design and construction community. For more information about the organization, visit https://www.aisc.org/nsba/