CHA Consulting, Inc. (CHA) continues to live its aspiration to responsibly improve the world we live in through innovative, award-winning projects. We are excited to announce ACEC New York has recognized the firm’s achievement with six awards—one diamond, two platinum, two gold, and one silver—in its 2021 Engineering Excellence Awards. Considered the “academy awards” of the consulting engineering industry, this annual competition honors the year’s top projects for their innovation, complexity, and overall value to society. Winners will be honored at the 2021 Engineering Excellence Gala scheduled for the spring of 2021. 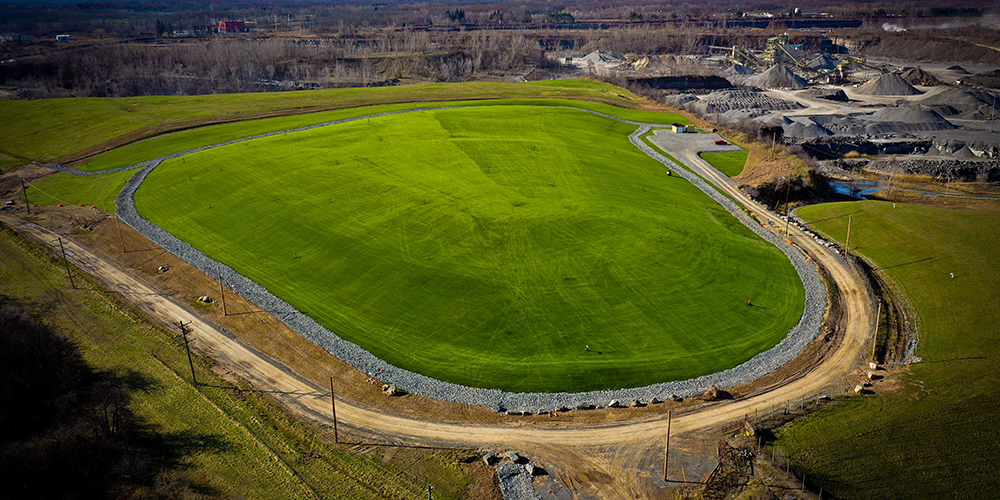 CHA has earned a Diamond Award for its Niagara County Landfill No. 1. Improvement project in the Environmental Category. At one quarter of the cost of another consultant’s solution, CHA’s remediation plan included an alternate cap using a ClosureTurf© system, which met compliance objectives while providing long-term cost savings. The benefits of the clean, always green ClosureTurf© system include its aesthetically pleasing look, elimination of soil erosion problems, improved water quality of stormwater runoff, greater slope stability factor of safety, and quick installation. As a Diamond Award winner, this project was advanced to the National ACEC 2021 Engineering Excellence Awards and awarded a 2021 National Recognition Award. 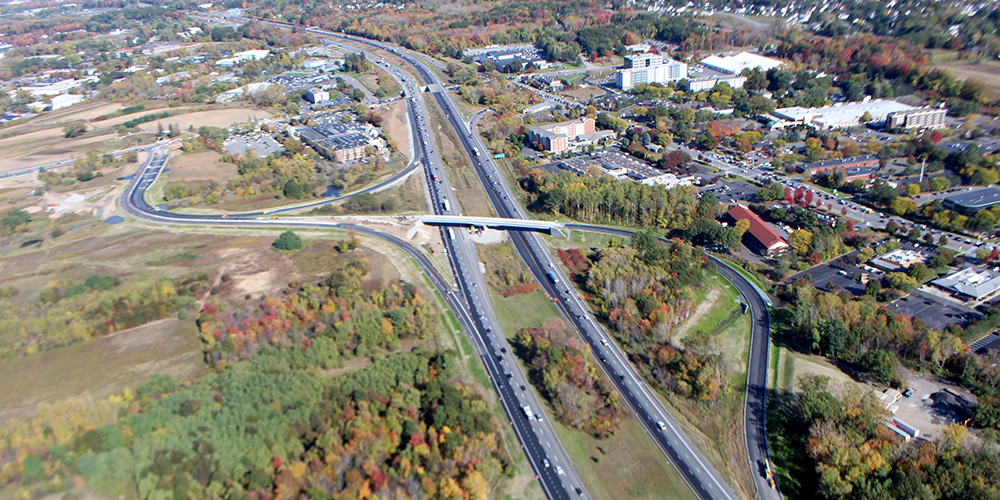 The I-87 Exit 3 project, which improved interchange access and mobility between I-87, the Albany International Airport, and Wolf Road, has received a Platinum Award in the Transportation Category. This $48 million project involved adding the long-missing I-87 Exit 3 and reconstructing the Exit 4 interchange. This highly visible project took nearly two decades to complete due to extensive development and significant environmental constraints. Chosen from over 50 concepts developed for the project, the selected “flyover” alternative was the least expensive, provided the greatest traffic benefit, offered various sustainable features, and had the least impact on ecological resources and commercial enterprises. 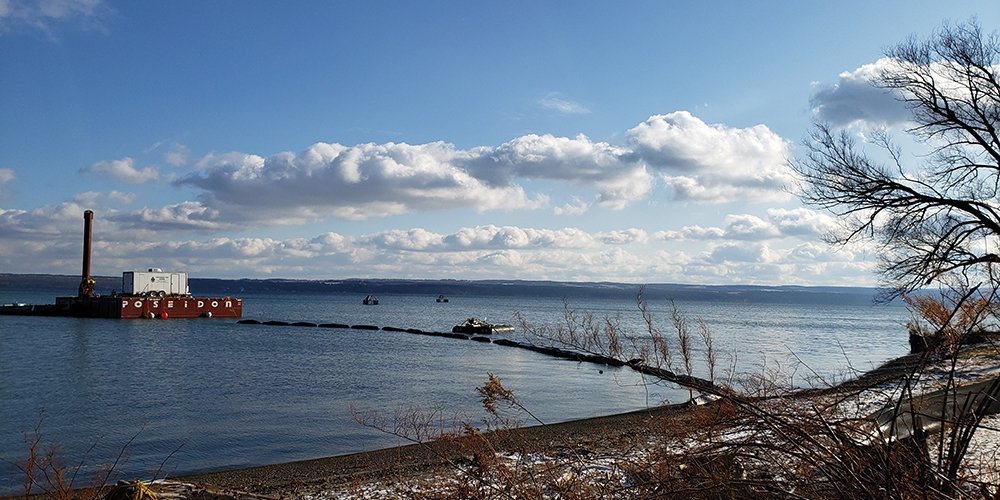 In the Energy Category, the Seneca Lake Cable Replacement project has earned a Platinum Award. For almost three miles across Seneca Lake, including 600 feet below the surface, submarine power distribution cables that were installed circa 1942 needed removal and replacement with two new three-conductor submarine cables. The existing four oil-impregnated paper insulated cables and associated infrastructure were replaced with cables running from new riser structures on the east side of the lake in the Town of Romulus to the west side in the Town of Torrey. The new cables safeguard the safety and reliability of this vital interconnect. 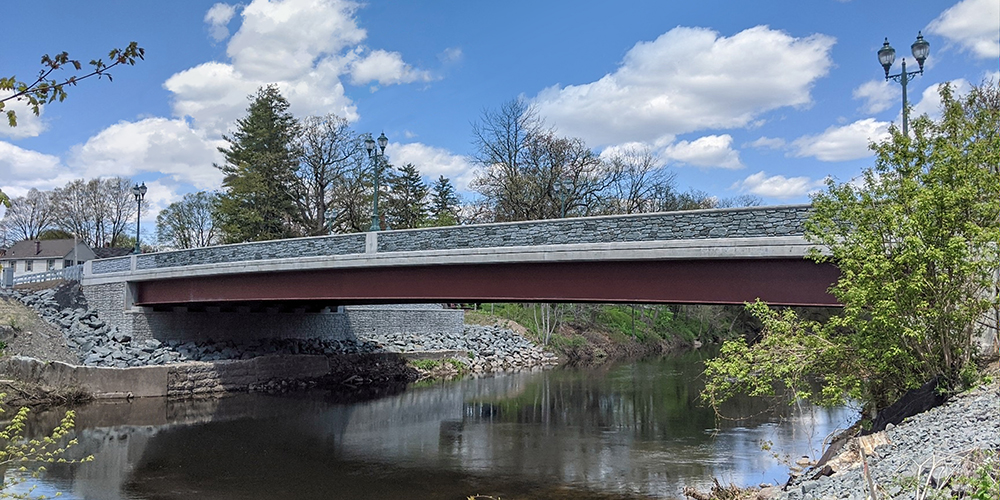 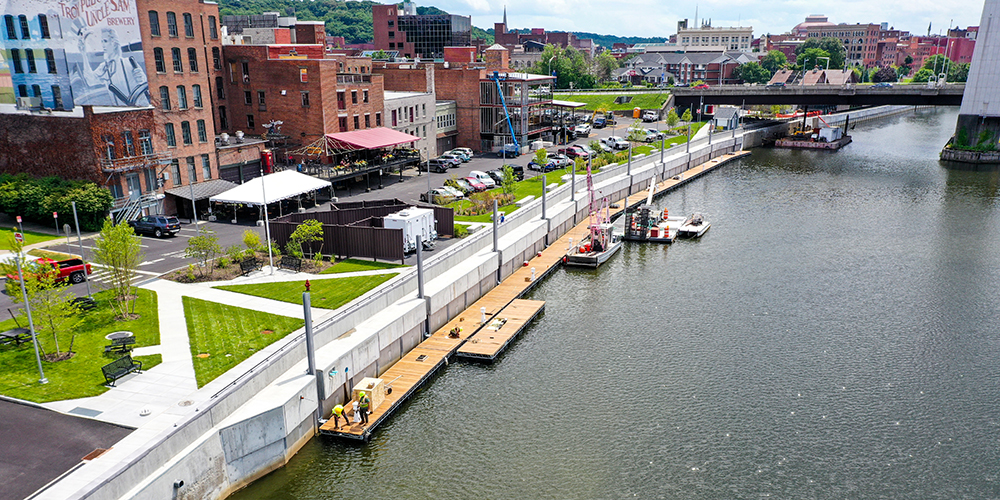 The City of Troy Seawall Stabilization project earned a Gold Award in the Water Resources Category. Due to damage from Hurricane Irene, the 95-year old seawall along the Hudson River was in urgent need of rehabilitation. However, rehabilitation presented many challenges, including performing construction from barges in a tidal river environment to avoid impacting local businesses. The rehabilitation included concrete repairs to the wall’s face, constructing a new precast concrete panel system strengthened by steel piles and tiebacks, and increasing resiliency of the business corridor against rising flood levels. 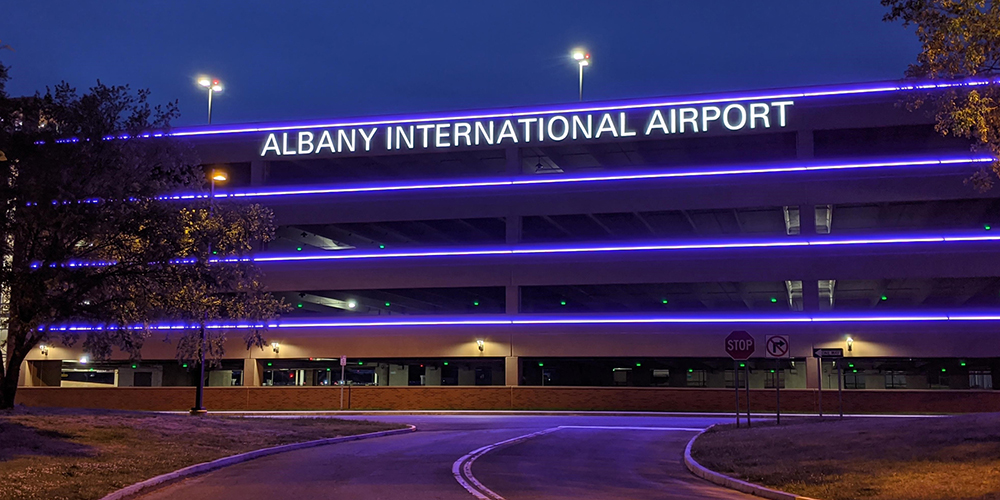 The $40 million Albany International Airport Parking Garage, which provides 1,050 desperately needed covered parking spaces, was awarded a Silver Award in the Structural Systems Category. The garage features an elevated temperature-controlled pedestrian walkway to the terminal and a vehicular entrance off Albany-Shaker Road that ramps up and bridges over Jetway Drive. Other innovative features include an exterior color-changing LED ribbon, rooftop solar panels on the pedestrian bridge, and a state-of-the-art PARCS System with automated space detection, real-time monitoring, and license plate readers facilitating ticketless entry.